DeFi Will Replace a Lot of Traditional Finance Services: Interview With Balancer

Balancer is one of the pioneers in the DeFi space and a core building block of its infrastructure. The protocol allows for efficient trading by pooling crowdsourced liquidity from investor portfolios while also identifying the best available price.

Data from Token Terminal reveals the growth of the platform in terms of total value locked over the past year.

Before the most recent market-wide slump, which took place in May, Balancer had peaked at over $360 billion in TVL, a 450% increase in just 5 months, since January 2021.

This also came as a result of massively increased user participation in the broader DeFi market, where a lot of protocols experienced a surge in their user base and other metrics.

During Bitcoin 2021 in Miami, CryptoPotato had the chance to speak with Jeremy Musighi – the Head of Growth at Balancer. We discussed the past, present, and the future of DeFi and Balancer, as well as other interesting and important topics for the industry.

DeFi saw massive growth in 2021. At one point, the total value locked in various protocols across the industry peaked at over $80 billion – up 4 times from January alone.

We asked Musighi whether he thinks the overall bull market was the primary reason behind it or if it was kind of an organic transition.

“I think that markets recognize how impactful DeFi is going to be and that it’s here to stay and I think it brought further awareness and education about how DeFi is prime to replace a lot of traditional financial services and products that we have.”

Musighi thinks that the above is part of the reason behind the bull, rather than the opposite. However, Musighi also recognizes it as a cycle.

“Investors recognize the opportunity here (in DeFi) and pour a lot of capital into it because they know how much it’s going to grow. That is one of the things propelling the bull market.

At the same time, the bull market and prices increase, bringing in more attention from other outsiders and other people who have not been involved and they get involved as well.”

Yet, he believes that Bitcoin has always led the crypto markets and that it “always behaves in a way where investors tend to rotate their investments from one vertical into another.”

Balancer’s head of growth also said that “Bitcoin is still used as the primary reserve asset in crypto.” 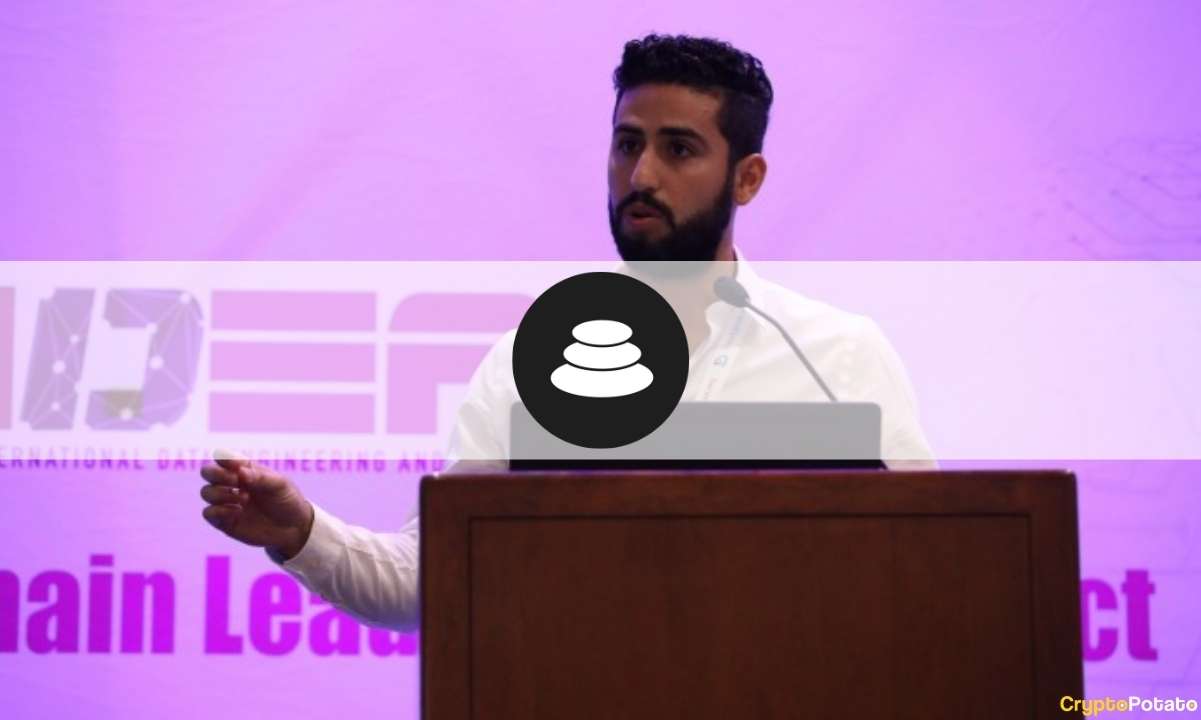 Balancer: ‘The Most Customizable AMM’

Another thing that we were curious about is the reason for which Balancer lags behind other protocols such as Uniswap in terms of TVL.

Musighi told us that there are multiple factors that go into a product-market fit and traction for a DeFi protocol.

“One thing that’s clear about Balancer is that it has some of the best tech in the space and it’s also the most flexible and customizable Automated Market Maker (AMM) that there is. Balancer is DeFi-primitive in that it’s so flexible that it can be used in so many ways that it’s almost like a general purpose technology.”

However, there’s also a flip side to that – marketing. In its short history, the protocol has been run almost exclusively by “brilliant technical talent,” but Balancer didn’t have a lot of marketing people – “in fact, for a long time, we didn’t have any.”

This is where the project has a lot of room to grow and where the team is putting a lot of their focus now. According to Musighi, this is one of the factors that will help Balancer grow.

But there’s even more: Musighi asserted that both Balancer Labs and the community had learned a lot from Balancer V1 being used “in the wild and growing as much as it did.”

According to him, this has led to the successful release of V2, which brings major improvements on areas such as gas efficiency, UX, and features that solve important needs in the market and stand out as an ideal solution for a lot of the reasons why you would use an AMM both as a liquidity provider, as a trader, and as a developer.

Meanwhile, he also pointed out that, for security reasons, the liquidity from Balancer V1 to V2 is being transitioned gradually and will take between 6 to 8 weeks to complete.

Many of the decentralized AMMs like Balancer and greatest competitors Uniswap and Sushiswap are somewhat reliant on the blockchain they’re built on.

Ethereum, being the one that is most commonly used, was seen suffering from network congestion which had the fees skyrocket and the transactions slow down. A proposed solution that’s currently being worked on is Ethereum 2.0, when we will potentially see the transition from a PoW-based consensus algorithm to a PoS one.

“I’m very optimistic about it – it’s really important. We have high confidence that Ethereum 2.0 will deliver. In the meantime, we always want to cater to the best interests of our users right now, not only in the future.”

In other words, Musighi said that there are other scaling options – like layer two solutions, Ethereum side-chains, and even other layer ones and even adopting a more cross-chain compatible strategy. It’s also worth noting that Balancer has also launched on Polygon (a layer two solution) in aims of reducing the high gas fees.

“Those are the things that we’re thinking deeply about right now and very thoughtfully because we want to understand where we feel the future might go and how we can cater to the needs of the market in the best way possible.”

Elsewhere, we also discussed one of the hottest trends of 2021 – Binance Smart Chain (BSC). Musighi doesn’t see it as a competitor to Ethereum – on the contrary, “it has actually helped reduce congestion on Ethereum by offloading some transaction volume from the main chain.”

He said that the future and the long run would favor “the most open and decentralized solutions,” hence why other more centralized blockchains can’t compete with the bigger picture.

“If they did, they would see a massive migration of users, projects, liquidity, and volume off of Ethereum that hasn’t been happening. And that should tell you that even with its flaws and even with the areas that it needs to grow, it’s still offering so much value.”

A Crunch for Talent in DeFi

Jeremy believes that DeFi absolutely is the future of finance.

“I think there’s less and less doubt about that idea in society in general today, which is of course, one of the reasons why we’ve been seeing these big bull runs.”

When asked about its biggest challenge, though, he said that one of them is “bringing different diversification of talent into the industry, making DeFi products more holistically accessible, and more holistically sound.”

“I think one of the challenges that DeFi faces today is that there’s a crunch for talent because there are not enough people out there who are deeply familiar with crypto, but also have non-technical skills or even technical skills, all skills, from engineering to design, to marketing and branding and so on.”

He also talked about the competition between DeFi and CeFi (centralized finance), admitting that CeFi “players have a lot of customers – they own those customer relationships.” Another is the front end touch-point with users who use digital financial services.

However, this presents a huge opportunity for DeFi protocols, which can be seamlessly integrated in the back-end as they clearly have the technical advantage, but “the disadvantage of user experience design, user acquisition, and mass market adoption.”

Strike to offer ‘no fee’ Bitcoin trading, taking aim at Coinbase and Square

5 ways to lessen personal and financial risks from DeFi exploits

Better, faster, cheaper: How DeFi will kill the retail bank

Introducing HUMAN Protocol: A new way for humans and machines to securely connect and collaborate

NFTs make it possible for gamers to have digital property rights