Despite the Bounce: Bitcoin Might Still Retest $24K as Final Leg Down

Despite bouncing off and recovering several thousand dollars in a day, bitcoin could still be primed for more adverse price movement, says on-chain data. Furthermore, a popular analyst pointed out that BTC could be on its way to bottoming around $24,000.

The past 48 hours were highly turbulent for the primary cryptocurrency. It traded around $36,000 during the weekend but plummeted by more than $7,000 to a low beneath $29,000.

After that level, which became the lowest since January 2021, the bulls took charge and recovered most of the losses. In less than a day, BTC added over $5,000 of value and currently stands around $34,000.

Despite this impressive recovery, though, some on-chain data suggests that the asset might not be out of the woods yet. By tapping the short-term bitcoin reserves on centralized exchanges, CryptoQuant said the cryptocurrency is now “trending sideways/upwards (in the short-term), meaning that we will possibly see the price action around $30,000 or below.”

This is because when the BTC reserves are trending upwards, the price trajectory is typically bearish and vice-versa. At the same time, stablecoins reserves are increasing. However, it’s not because users are depositing such assets but because they are “mostly” selling bitcoins.

The popular crypto analyst going by the Twitter handle Crypto_Ed_NL also believes the current uptick won’t last long. By referring to the Elliott Waves Theory, he noted that bitcoin is currently in the fourth (corrective) wave, which could take it up to $35,000-$36,000 soon. 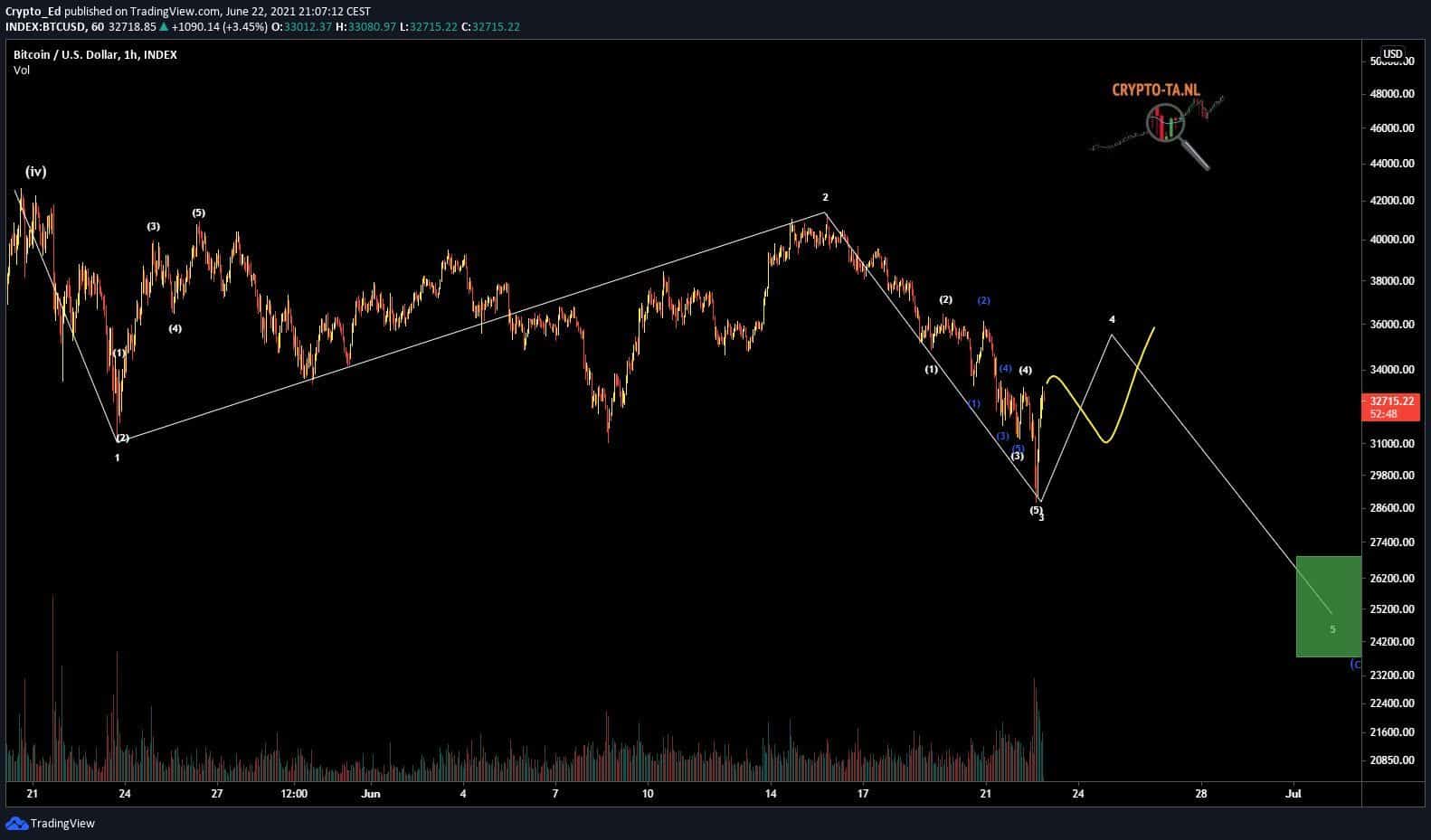 However, the pattern could then reserve trajectory once more for the final leg down. In his view, this would mean a massive five-digit retracement that might drive the cryptocurrency to around $24,000.

If such a projection indeed materializes, it would be BTC’s lowest price point since late December 2020.

#BTC update ⬆️
Yep, the bounce continues and I think we’re doing white 4 in that ABC.
According to EW after that 1 more leg down but lets keep an eye on the range mid (chart 2)
1/2 pic.twitter.com/3Nav4S0Z1B

#BTC update
Already an update on my video!
Pretty strong bounce, I already mentioned it in the video but it would mean that we are in white 4 now and already completed white (5).
Possibly this bounce to 35-36k, followed by 1 more,final leg down to green box pic.twitter.com/pf9F6Tq3mC