Crypto awareness in the U.K. has risen, but understanding has fallen, the FCA said following a new survey.

A new study by the United Kingdom’s Financial Conduct Authority has indicated a significant increase in cryptocurrency ownership in the country.

On Thursday, the FCA published the results of a consumer survey which found that 2.3 million adults in the U.K. now hold crypto assets, up from 1.9 million last year. Alongside the increasing number of crypto investors, the study also identified a surge in ownership volumes, with median holdings rising to 300 British pounds ($420) from 260 pounds ($370) in 2020.

The rising popularity of holding cryptocurrency comes in line with an uptick in the awareness level as 78% of adults said they have heard of crypto, up from 73% last year. 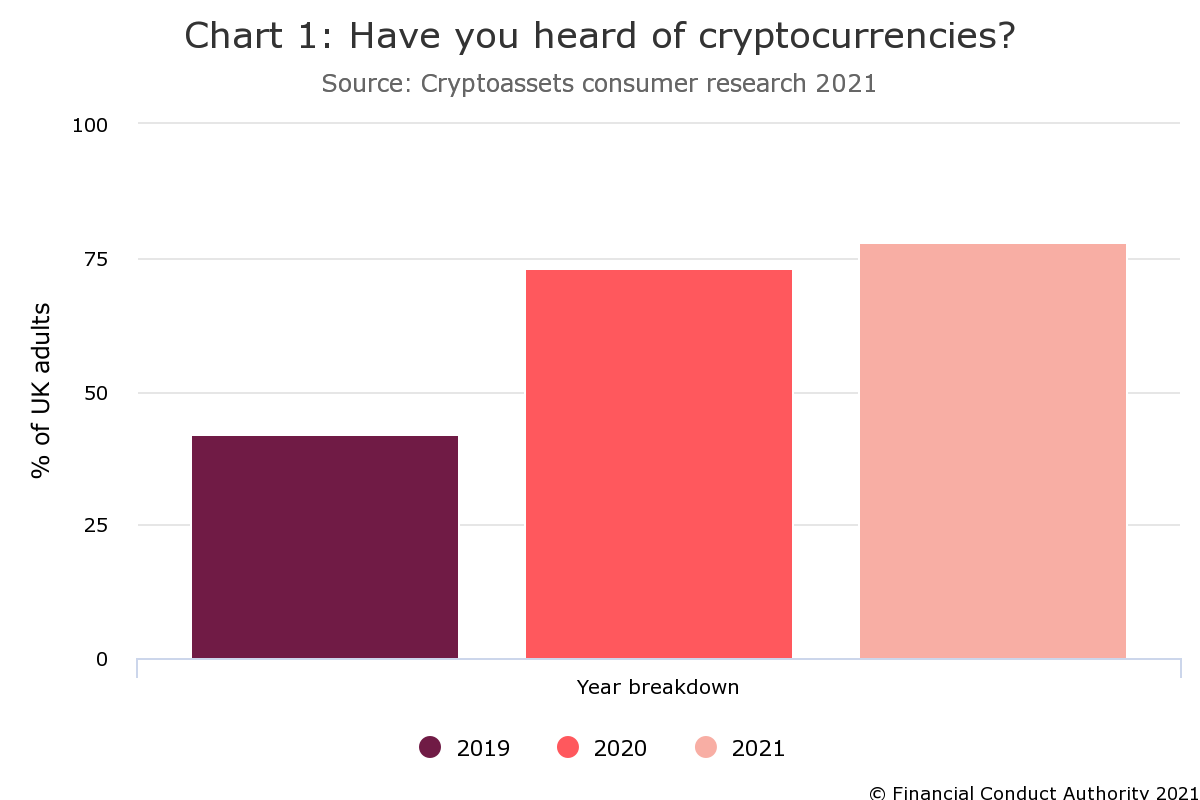 Despite the rising awareness and ownership of crypto, the FCA study has flagged a notable decline in understanding of cryptocurrencies, suggesting that some people who have heard of crypto may not fully understand it.

According to the report, only 71% of respondents correctly identified the definition of cryptocurrency from a list of statements, down 4% from 2020. “This suggests there may be a risk of consumers engaging with cryptocurrency without a clear understanding of it,” the FCA noted.

Sheldon Mills, the FCA’s executive director of consumers and competition, said that some U.K. investors have benefitted from the bull market this year. “However it is important for customers to understand that because these products are largely unregulated that if something goes wrong they are unlikely to have access to the FSCS or the Financial Ombudsman Service,” he added.

The FCA study also said that U.K. consumers significantly favor Bitcoin (BTC) over other cryptocurrencies, with 82% of respondents recognizing BTC. Among those who recognized at least one cryptocurrency, 70% recognized only Bitcoin, up 15% from 2020, the study said. “It seems likely many adults who have now heard of cryptocurrency are only acquainted with Bitcoin,” the FCA stated. 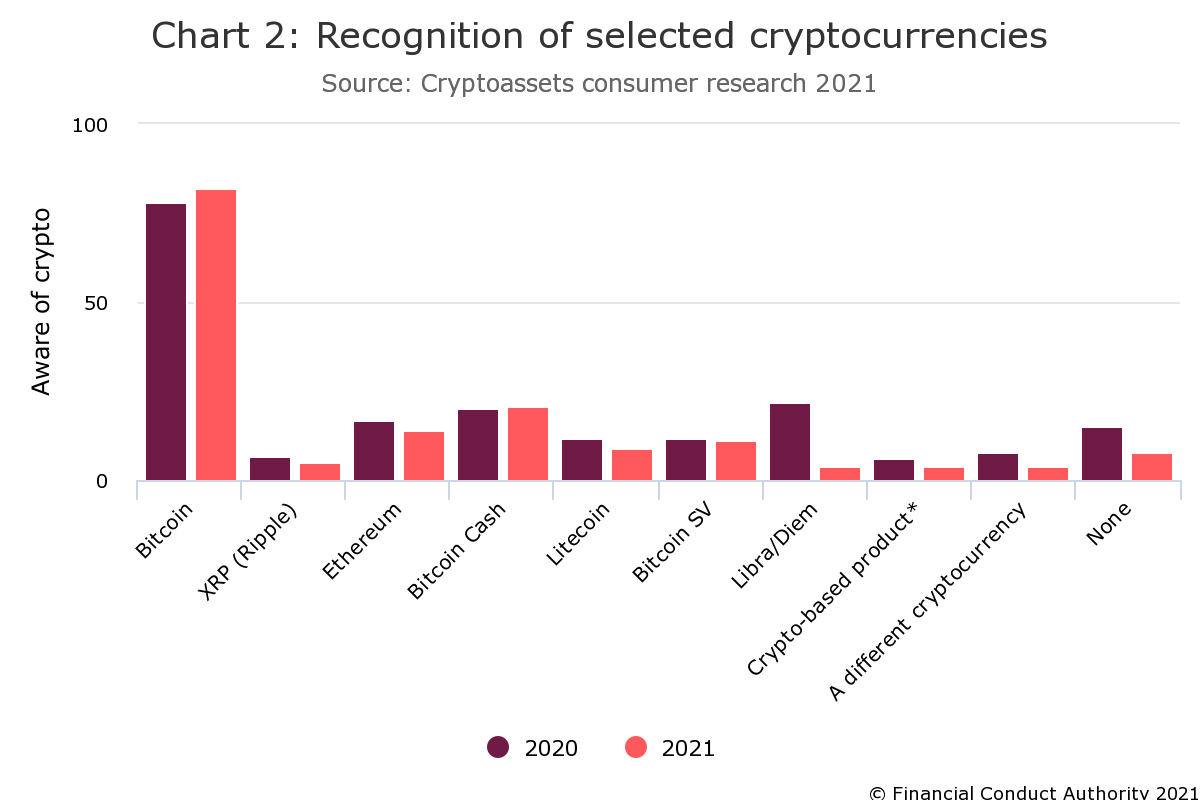